Voting Event
Rewards are waiting if you come one of the top 3 voters this month!
Online Staff
There are no staff members online.
Total online staff: 0 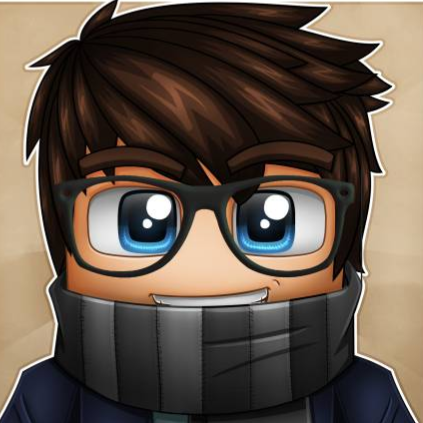 Last Seen:
about 1 month ago

Chento's helper application
Accepted. You've been the most helpful in the last few weeks, dedicating your time to the community for the good. Regardless of naughty behavior I had seen in Discord general chat and ingame chat. You tried to fix that, and you succeeded in doing so. You'll be put to trial as a final step into becoming helper. Good luck, mate!
2 months ago

a helper application
Declined It's clear written in the applying rules that minimum age is 14, 13 years old can have an exception if they are mature enough. During your application, you were acting very immature and putting your nose where it doesn't belong. Not to mention the number of times you openly disrespected me. Re-apply when we open helper applications again.
3 months ago

unban applea
SilverGirl94: Here are my reasons of why i dont want him to be unbanned. So: yesterday i was farming peacefully at my base and he asked me to tp to him....he wanted to pvp. I said no and then he started stealing me xp and emeralds then he tryed to kill me using custom enchants and then managed to grief my house a bit, he also tried to flood the landscape around the farm by placing tons of random blocks. Futhermore, i add that during his harassment he presented himself as admin to partially justify him self, he personificated the role of admin, indirectly insulting the role and who is currently holder of that. Plus he his guilty of a very severe grief against Xaf, happened during that small period of time when, due to latest survival restart, all claims were gone; he did this claiming that Xaf griefed the base of a friend of his friend( ask xaf, not me, for futher dettails).       He was merely killing mobs in your farm, that's not against the rules no matter how you look at it. In addition to that, he placed some netherrack.. Describing it as flooding is a big word for a small action such as this. I am not going to talk about his impersonation of the admins as it poses no harm whatsoever considering the fact that you know all admins of the server. achrafbrando: So ,i think 15 days ago , one of my friends "paaglayat or Steve" had a fight with jai(i don't know what exactly happened but all i know is that it was a revenge for animeboy , and what happened to SilverGirl94 is true , she was harassed by him , and about my house , it was destroyed when I didn't have the slightest idea about the griefing cause i was offline, and paaglayat sent me a message at 4 am when i was asleep, so that what happened, About you achrafbrando, he did mine your little house to the ground and burned it to the ground. the day in which Prism3 warned that all claims in survival were removed nonetheless he wasn't responsible for destroying vinooshan1234/sayedalenso_hb1(I am not sure abut that). Not to mention him stealing diamond blocks from krach. To sum up, jai4150h really messed up but his actions were not much of a problem to us, If you only had reported this immediately achrafbrando instead of waiting 2 weeks. Your builds were "rollbacked" but that doesn't mean his actions will go unpunished. The person who banned you is the one who's going to decide what to do with you, Jai4150h.
3 months ago

Join the forum and earn free in-game rewards!
Hello all,   We are happy to announce that people who create an account in the website are eligible for in-game rewards in the server. If you had already created an account and haven't claimed your rewards yet, feel free to contact one of the admins. Join our discord server for more information!   Kind Regards, Carpour Staff team
3 months ago